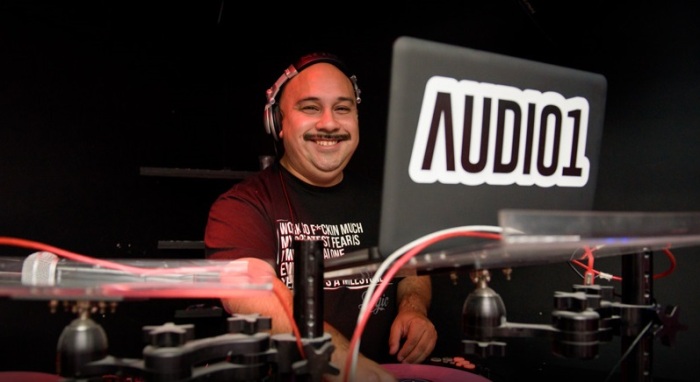 DJ AUDIO1 has become a sonic force in the music industry. Ever the shape shifter the veteran DJ moves deftly between styles with the experience and knowledge to understand what moves the wide variety of dance floors he commands. Whether he’s displaying his diversity with an open format set or shaking the floor with a heavy dose of bass music, His skills as a selecta are always on display. While his reach extends far beyond his local scene, Audio1 is one of the Bay Area’s most sought after DJs and has played direct support for the likes of Iggy Azalea, Rudimental and many more throughout his distinguished career.

Over the last few years his indisputable skills as a producer have come to light. His tireless work behind the boards on the bootlegs and edits that give his sets that trademark sound have not only given all those who have danced to his music a unique experience, they have caught the eye of some of the most noteworthy names in music. Counted among his numerous supporters are Diplo and VICE. In 2015 he caught the ears of Direct Music Service giving his hotly anticipated edit packages a home for DJ’s far and wide.

He has also joined forces with fellow DJ/Producer Ben Official to create “INTLparty”, A growing collective spearheaded by two dynamic emerging producers aims to bring big bass and funky vibes to the masses one tune at a time.